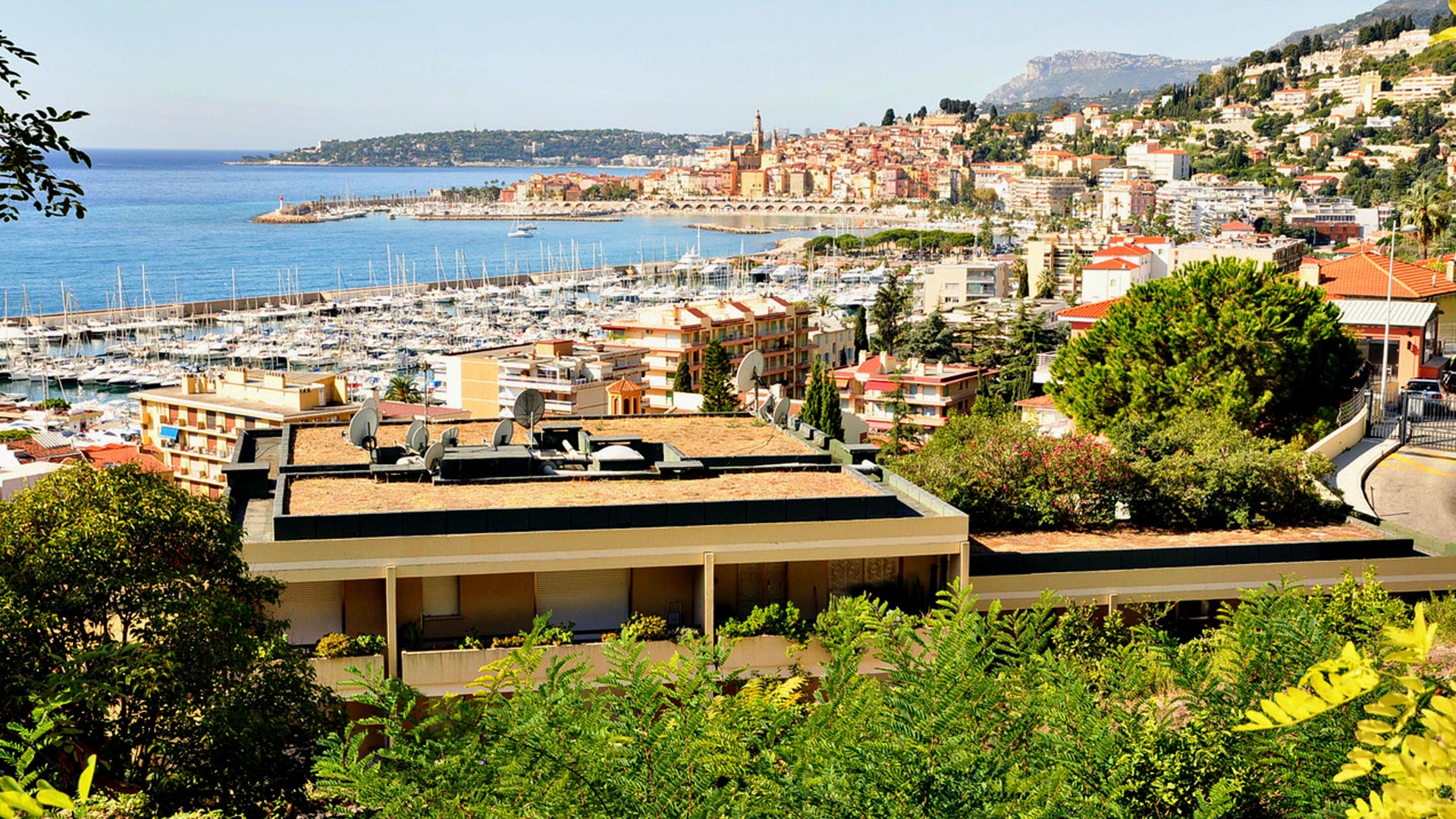 Real Estate Investment in France and Italy, Become a resident in the French Riviera Benefit from our unique and atypical experience combining real estate and financial expertise

For Individuals or Family Offices

We apply to Real Estate the Wealth Management Concepts of Trust and Discretion.

Whether for the search of or the selling of an apartment, villa or a building plot, we first listen to you and collect your selection criteria.

Thanks to our Experience and Multiple Partnerships, our Ambition is :

Our privileged relationship with the developers or with other marketers allows us to be informed very early of promotional prices which we can make you benefit from. 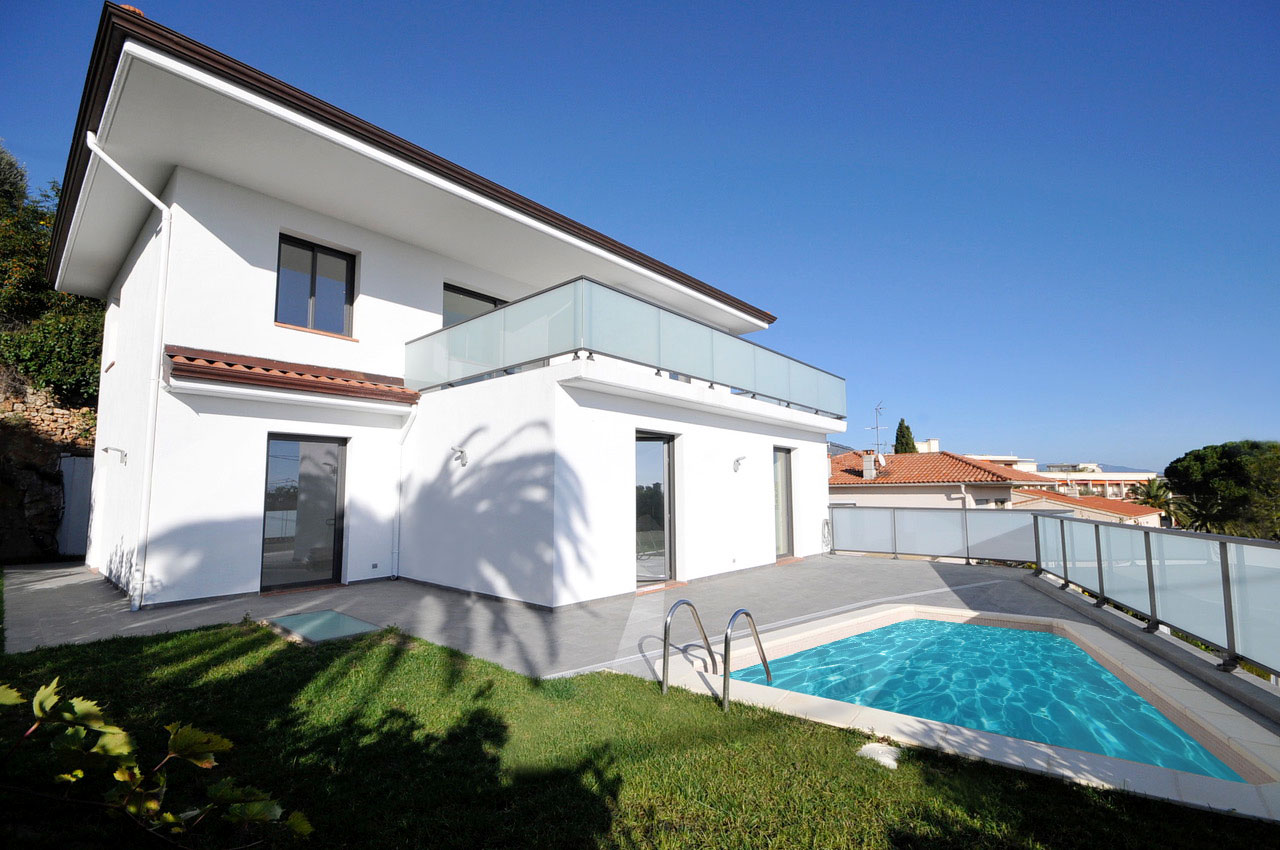 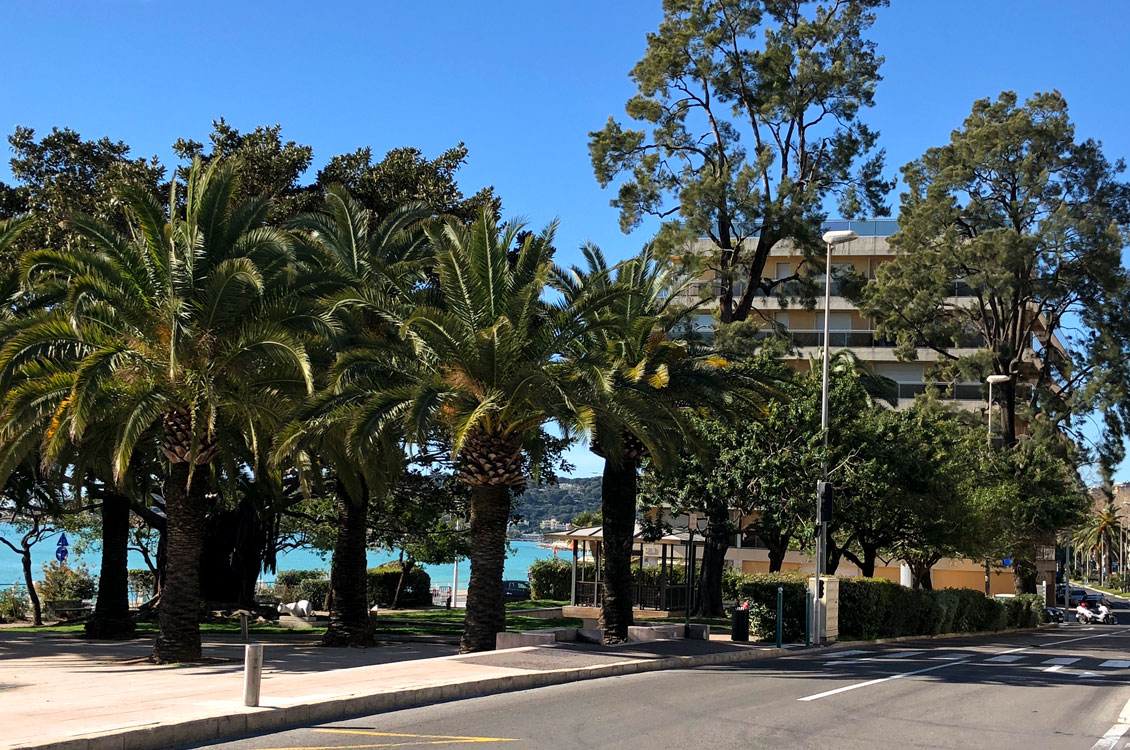 An interlocutor at your disposal, in your language 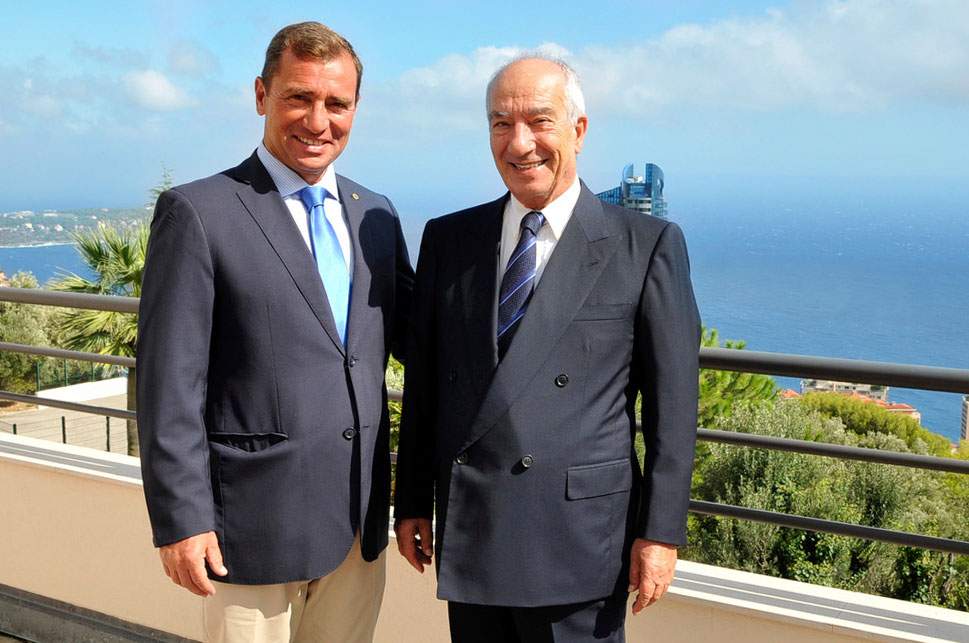 Côte d'Azur Invest has a substantial network of investors and unique expertise resulting from more than 30 years of experience in real estate and its financing, many years as managing director of renowned banks, and belonging to a network of powerful international business leaders.

Côte d'Azur Invest (formerly Soprodim France), was created in 2017 by Salvatore Charles to meet the needs of clients in Europe in terms of real estate transactions, as an extension of the activities of Soprodim S.A.M. Monegasque real estate development and promotion company founded by Luigi and Salvatore Charles in 1980, sold in 2019.

The family Sirna offer you more than 70 years of cumulative experience in all aspects of property development and real estate investment in particular on the French Riviera. For decades, Luigi has invested in equity in real estate projects he studies from Monaco to Menton, and manages construction operations and / or coordinates sales. The Berkeley, The Floreal, The Laetitia, The Giorgione, Cap Au sud, The Golf, The Cypresses, etc. there are hundreds of homes that bear its mark.

Salvatore Charles graduated with a Master's degree in Business Law from Paris 2 Panthéon-Assas University and began his banking career in the real estate development finance department on the Côte d'Azur within Swiss Bank Corporation (SBC which became UBS ).

After taking part in the SBC Management Training Program in New York, he helped set up its finance department for industrial and mining projects. He then obtains a Master of Business Administration from the prestigious INSEAD, MBA ranked many times number 1 worldwide by the Financial Times, and joins the department of commercial banking and wealth management of Banque Paribas.

He installs in Monaco two leaders of wealth management, first German, then Lebanese, Dresdner Bank and Bank Audi, and manages their subsidiary in the function of Member of the Board of Directors and Chief Executive Officer (CEO). The common point that he retains from all the above-mentioned institutions is their anchoring on the quality of the advice rather than on the sale of products.

Over the course of his career, Salvatore Charles has expanded his knowledge of the Côte d'Azur market by financing acquisitions made by clients in all segments of the residential real estate market, from studios to prestigious properties, and by contributing to the technical and financial setting up of real estate development operations and / or their marketing around the Principality of Monaco. 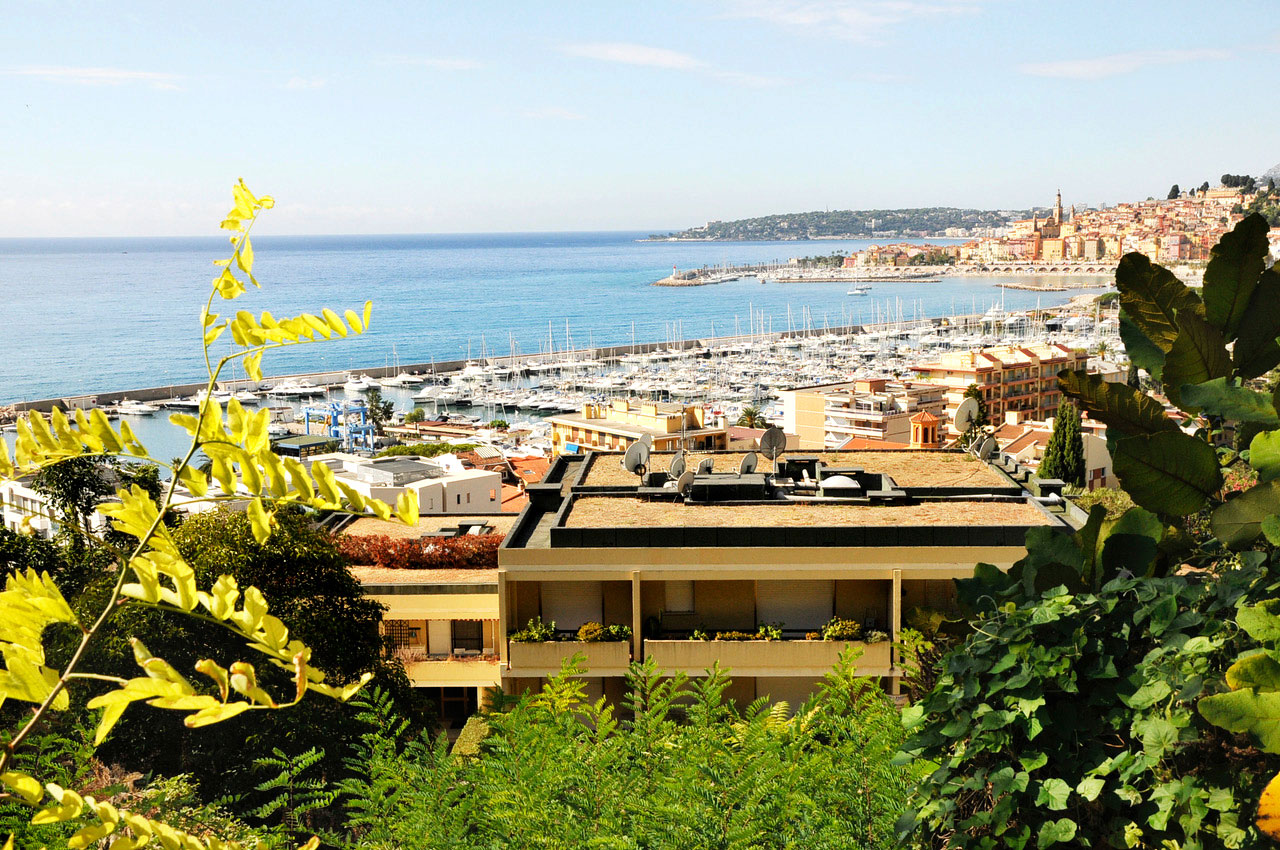 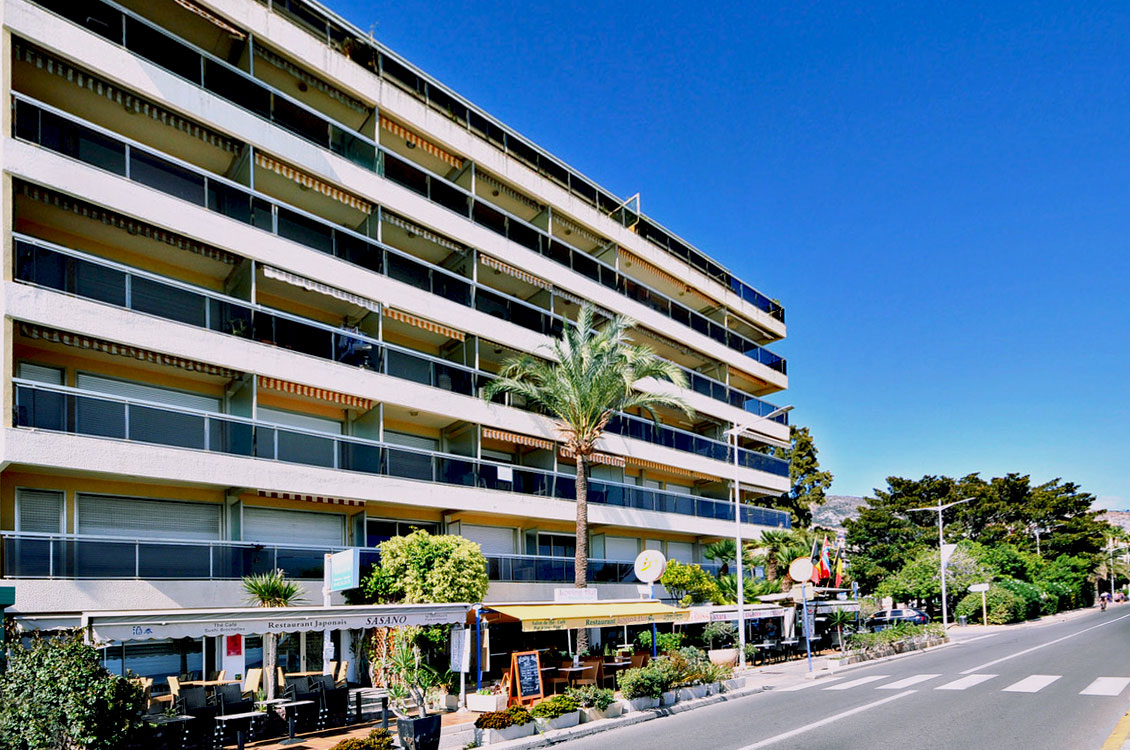 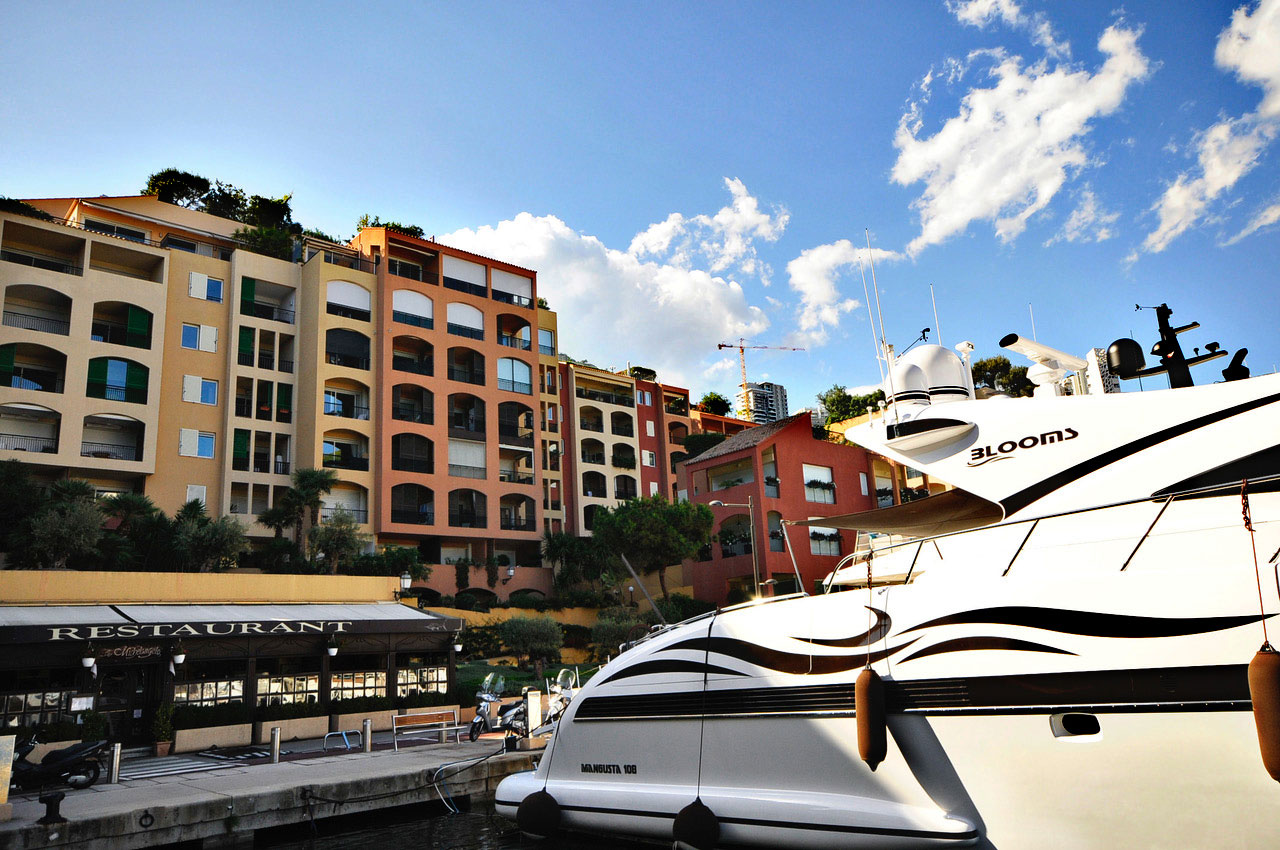 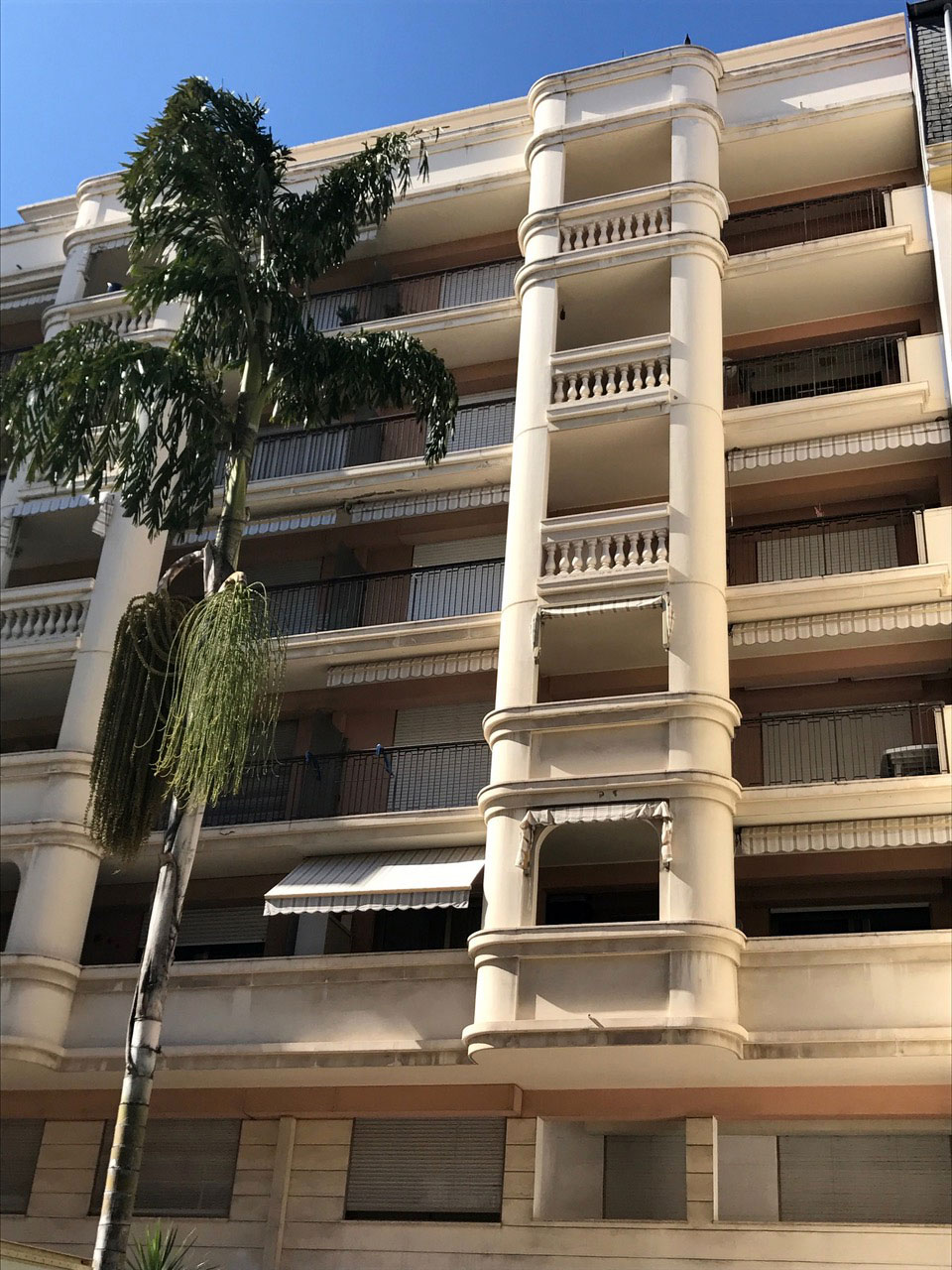 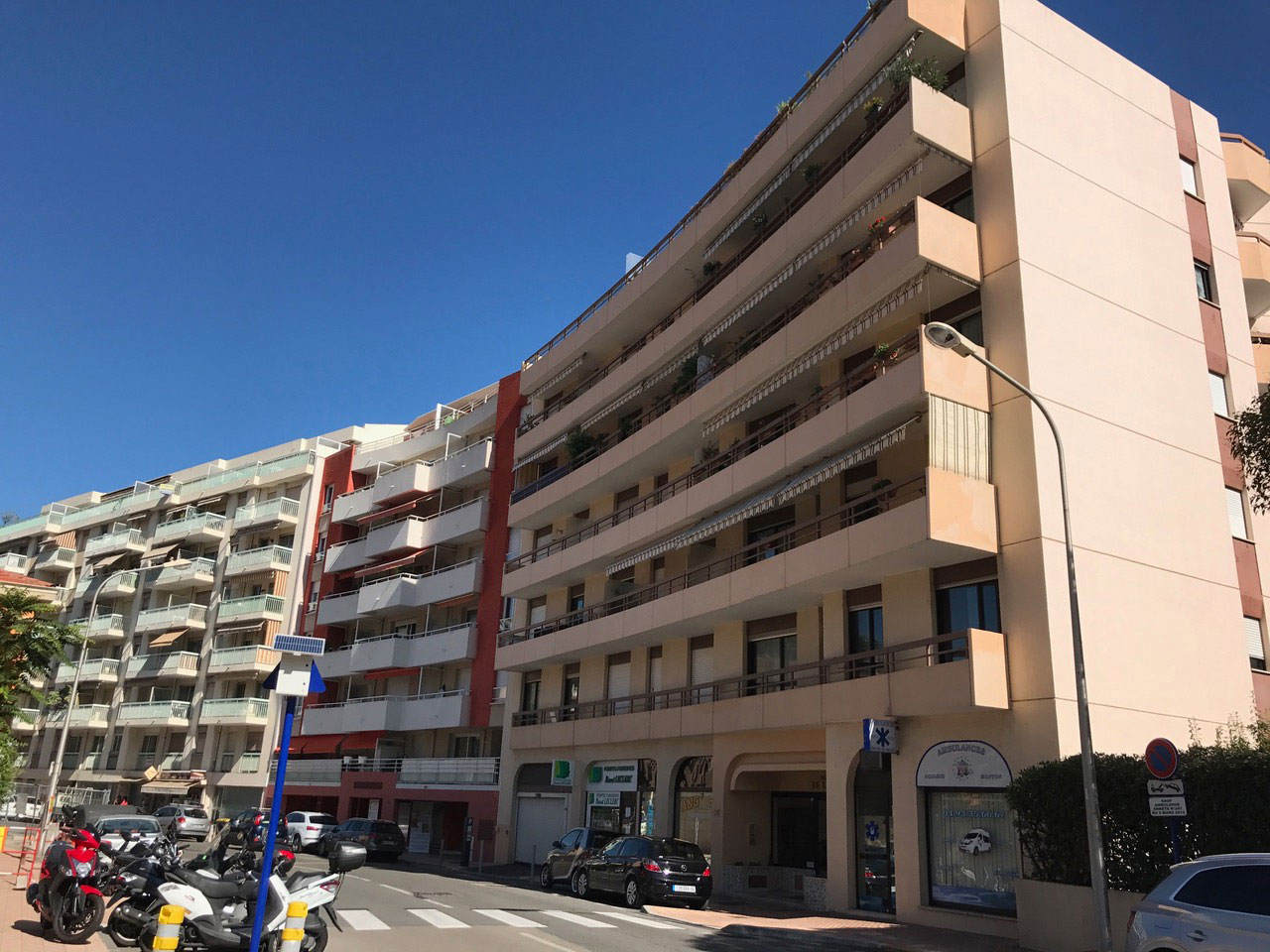 History of the Alpes-Maritimes

Born in 1793, became French again in 1860, the department of the Alpes-Maritimes is the young emanation of a territory with a rich and complex past.

Two hundred years indeed are only a very short period of time in the light of a story that began more than a million years before Christ and which has always been under the sign of contrast: Alps and Mediterranean, between Savoy and Provence, between France and Italy, the destiny of the Alpes-Maritimes was forged on this plural identity which is reflected until its landscape.

The Alpes-Maritimes are formed of a group of young mountains, with peaks rising to more than 3,000 meters on the Italian border. To the west, the Grasse Prealps rise to more than 1,700 meters. To the east, the coast follows the folds of the Nice Alps that plunge without transition into the Mediterranean and punctuate the magnificent landscapes of an exceptional coastline. And in the middle flows a river ... in this case the Var, which for a long time constituted the physical and political separation of two provinces belonging respectively to France and the Dukes of Savoy.

Provençal department, the Alpes-Maritimes result from the late marriage of these two regions subject for five centuries to different institutions, however brought closer by economic solidarities and cultural affinities. 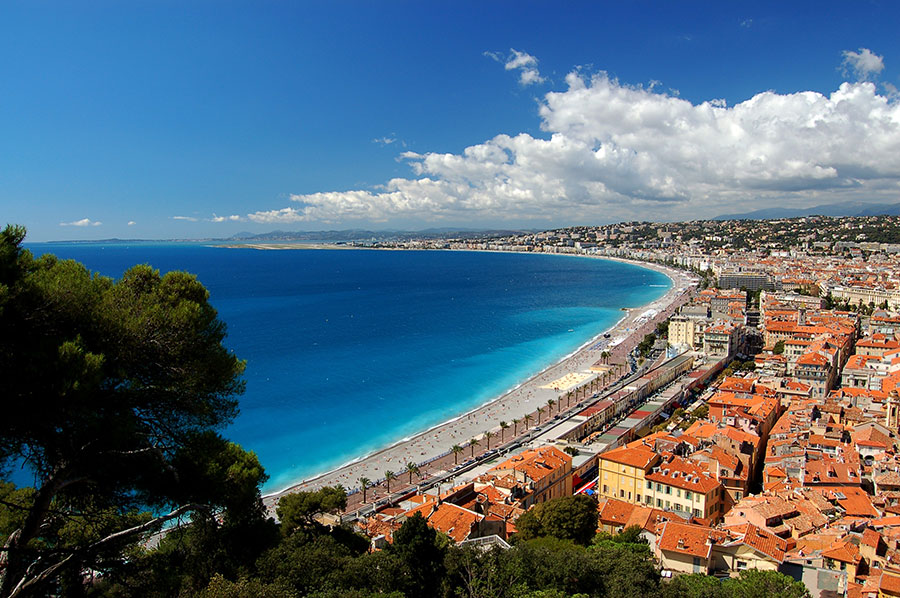 It enjoys an exceptional location, close to the rich Italian regions of Liguria and Piedmont, and the first technopolis of Europe - Sophia-Antipolis (2,400 ha, more than 36,000 jobs and more than 4 billion euros in turnover especially in the information and communication technologies sector),. It takes advantage of the tourist and economic attractiveness of the Principality of Monaco and the Nice Côte d'Azur Metropolis, the first French tourist destination after Paris.

The Nice Côte d'Azur Airport, with its 12 million passengers, nearly 8 million of which are international, is the second largest airport in France, serving more than 100 destinations by direct flight. Safety of people, quality of life, protection of capital, quality of education and care, infrastructures, congresses and international events of world reputation, quality of the climate, this marvelous region satisfies in all points all the criteria of selection of the more domanding investors when it comes to looking for primary or secondary residence. Buyers from Europe, Russia and the Middle East have made the Côte d'Azur one of the most popular destinations in the world.

In addition to the Lemon Festival in Menton, the French Riviera has a rich historical and cultural heritage:

It also benefits from the proximity of multiple events such as the Cannes Film Festival, the Monaco Grand Prix, the Nice Carnival and the Jazz Music Festivals in Nice and Juan-les-Pins.

About 300,000 years before Christ, the Rock of Monaco and the natural harbor serve as a refuge for the primitive populations Ligures and Phoenicians.

The Phocaeans of Massalia (Marseille) founds Monoïkos in the 5th century BC. From the 2nd century BC to the 5th century AD, the Romans settle in the region. They use the harbor of Monaco which takes the name of Portus Herculis Monoeci (Port Hercules).

In 1191 Genoa obtains sovereignty over Monaco, and the Ghibellines of Fulco del Cassello build the fortress of the Rock in 1215.

In 1270, a civil war in Genoa pits the Guelfs, supporters of the Pope and the Ghibellines, supporters of the Roman Emperor. Following a victory of the latter, many Guelph families are exiled among which that of Grimaldi. In 1297, François Grimaldi enters the fortress disguised as a Franciscan monk and seizes it.

Monaco (then renamed Fort-Hercule) becomes part of France from 1793 to 1814, and becomes a protectorate of the Kingdom of Sardinia until 1860. Charles III grants France its rights over Menton and Roquebrune by the treaty of 2 February 1861, a clause of which provided for the creation of a customs union between the two States. This will be concluded in 1865.

The Société des Bains de Mer is created in 1856 as well as the Casino. Several hotels are built on the plateau of Spélugues to which, in 1866, is given the name of Monte-Carlo (Mont-Charles, after the name of the reigning Prince).

His son Prince Albert I, nicknamed the "Prince Navigator" or "The Prince Savant", makes great progress in life sciences on the threshold of the twentieth century. He founds in Monaco, in 1910, the famous Oceanographic Museum, which he bequeaths by will to the Oceanographic Institute created by him in Paris. 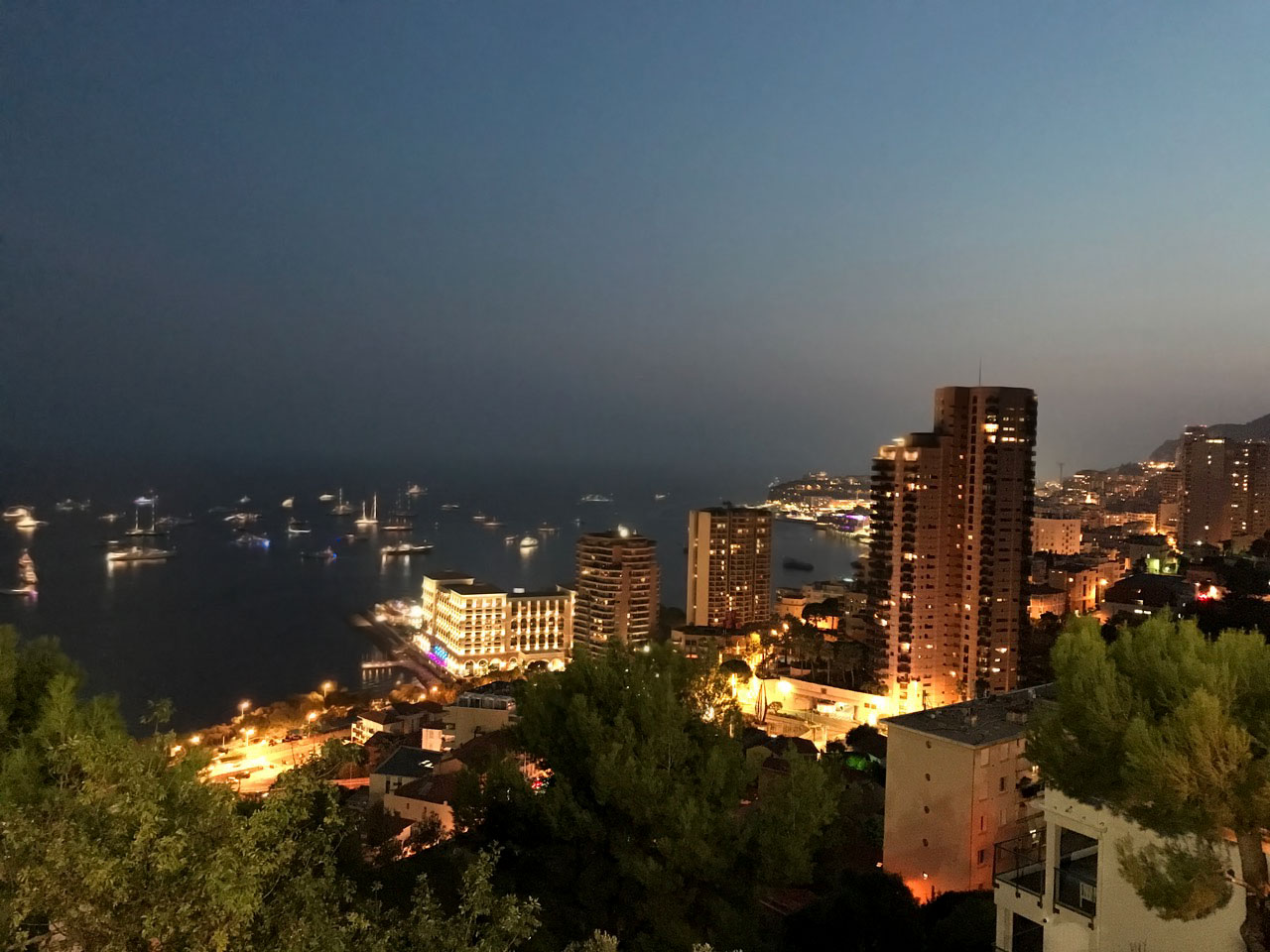 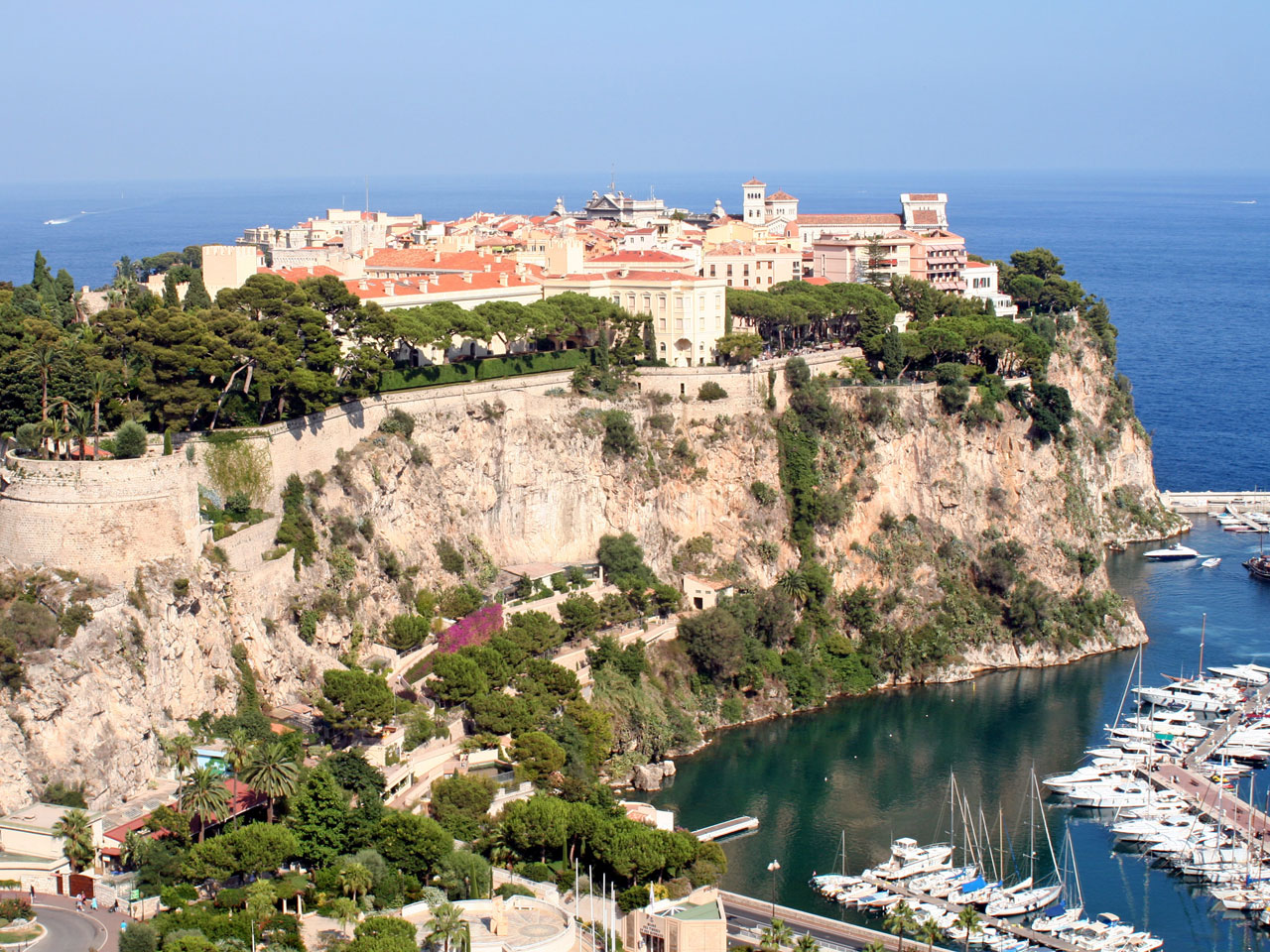 In 1949, Prince Rainier III ascends the throne. His reign is one of those who most transforms the Principality. It intensifies and diversifies the actions implemented during the three previous reigns, as much in the political, diplomatic, international, economic and social fields as in those of education and sport, health, science, culture and communication. He adds an industrial dimension.

In 1962 a new constitution is drafted.

In 2004 the Principality of Monaco joins the Council of Europe.

On July 12, 2005, Prince Albert II ascends the throne and succeeds his father Rainier III, who died on April 6, 2005. In his Advent speech, Prince Albert II set new directions and priorities for the development of the Principality. In the foreground, the action for the defense of the environment, the ethical development of the financial sector in order to build in Monaco a pole of reference in the banking field, as well as the strengthening of international relations and the contribution to the arts and to culture.

Area: 2 sqkm, "To make the talents of 139 nationalities cohabit within the same territory, you must be a great country". An economic influence which, with its 52,000 jobs for 37,000 residents, makes it one of the most dynamic basins in southern Europe, an independent state located in the heart of Europe, in the middle of two metropolitan areas of one million and half people each (Genoa and Marseille). Minutes from Nice Côte d'Azur Airport.

An excellent quality of life: 12.8% of green spaces, a stable and dynamic political and economic environment, oriented towards the future.

Turnover distribution as of Décember 31, 2019

A special case: the holding of real estate in France by a Monegasque "société Civile immobilière"

Judgment of 2 October 2015 delivered by the full assembly of the French Court of Cassation: When the de cujus was domiciled in Monaco at the time of his death, the shares of a real estate company under Monegasque law owning properties located in France are subject to taxation on estates in Monaco and not in France, and are therefore exempt from inheritance tax in the direct line and between spouses.

Rates only applicable in metropolitan France and Italy

Sale of residential or professional buildings

Apartments, villas, transfer of shares in real estate companies, life annuity (on the market value and total value of the building)

Sale of parking, garage, goodwill, sale of building for commercial or industrial use, sale of land

Special cases such as the search for partners or investors for the realization, the resumption or the transfer of property of residential or commercial real estate projects, the purchase or sale of hotels

Fees to be negotiated on a case by case basis